12 December  – For the past 18 months, Ironbark Sustainability has assisted PLG members to formulate their Future Directions Action Plan for the next 4 years, which is now completed.  The decision to appoint a part-time Executive Officer in early 2018 is a key outcome of this process.

In this webinar Arup outlined the frameworks and new understanding gained from undertaking this Study.  The aim of the Study was to explore the use of this smart light technology to support smart city infrastructure and to better understand the opportunities and role for councils.

To learn more about the Smart Light Feasibility Study and see copies of the Arup webinar presentation, please click here

On the 25th October 2017, the PLG attended a workshop hosted by the Commonwealth Department of the Environment and Energy, on behalf of the Equipment Energy Efficiency Program.

The Commonwealth is working in partnership with the Institute of Public Works Engineering Australasia’s (IPWEA’s) Street Lighting and Smart Controls (SLSC) Programme to accelerate the implementation of LED lighting and smart controls across Australia.

The one-day workshop brought together Victorian street lighting stakeholders, including local government, utilities, state agencies and regulators, to discuss the transition to more energy efficient street lights, to reduce energy use, emissions and improve energy affordability for local government and the overall community.

The workshop engaged stakeholders in discussion around regulatory and other barriers, including:

The findings of these workshops from across Australia will be reported to the COAG Street Lighting Working Group in December 2017.

8 August – Participants in the project, Smart Light Feasibility Study, have received a set of 5 documents to review.  It is anticipated that the final documents will be published on this website in November 2017.

12 & 13 July – Following on from the June 7 Discovery Workshop, representatives of the Partner Councils gathered once more to collectively think together guided most ably by Arup faciltators. 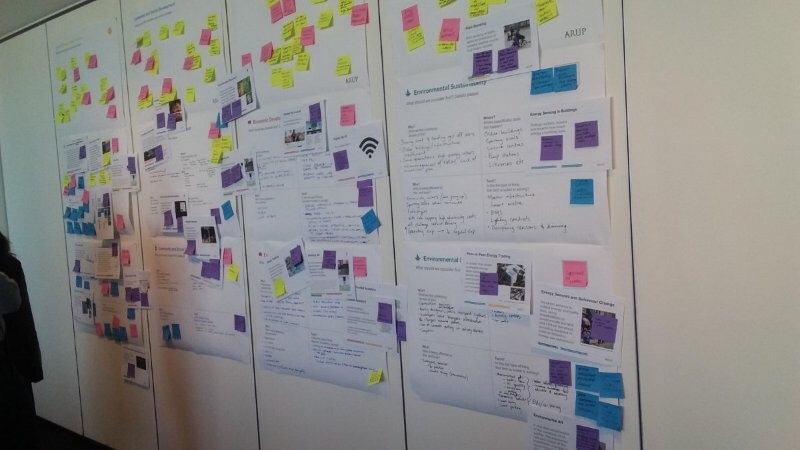 The Public Lighting Code was released by the Victorian Essential Services Commission in April 2005. Minor updates relating to “ESC’s Review of the Guaranteed Service Level payment” were released in December 2015.  Since 2005 significant change has occurred in the Street Lighting and Electricity Network sectors in relation to technology which has large impacts on the operation and management of street lighting. The purpose of the Public Lighting Code is to:

…..  regulate the provision of public lighting or the arrangements for such provision by specifying minimum standards and certain obligations of distributors and public lighting customers. The objective of such regulation is to provide a safe visual environment for pedestrian and vehicular movement during times of inadequate natural light.

Changes in technology have resulted in the Public Lighting Code not reflecting appropriate minimum standards.

Once the Discussion Paper is finalised, the PLG will seek support from other Local Government Authorities, the MAV, DNSPs and Vic Roads.

7 June – Today, the Arup team facilitated a very successful Discovery Workshop .  This is the first of three workshops in the series – Smart Lights and Smart City Opportunities .  Well attended by PLG members, the information gathered will inform the development of business case templates for two projects and the Final Report – Smart Light Feasibility Study.

On the 17 May, the Executive Reference Group held its first meeting via teleconference.  Executives from seven of the nine Partner Councils – Geelong, Glen Eira, Manningham, Monash, Mornington, Wangaratta, Wodonga – have agreed to act as the reference group for the project – Smart Light Feasibility Study.

9 May –  Discussions between PLG and MAV have been initiated.  This is an action arising from the PLG Future Directions project.  The teleconference call with MAV representatives explored potential areas where the two organisations could have a stronger impact by working together.  Discussions will continue over the coming months.

12 April – Dates have been scheduled for three workshops for June and July 2017.  The findings from these workshops will inform the final report – Smart Light Feasibility Study.

7 March – ARUP have been appointed to undertake the consultancy to develop the Smart Light Feasibility Study.  They have extensive experience and are acknowledged as a leader in the smart city movement.  Their digital team has worked and are working with city governments in many countries, developing strategies to guide the use of digital technology to improve their cities and organisations.  Five years ago, ARUP published a landmark study on smart cities – which sought to define the different philosophies and elements of a truly smart city. More recently they published research highlighting the governance and financial models that will underpin smart cities.  The PLG is very excited to be working with the ARUP team.  Further information can be found in the Members Lounge.

8 February – Ocean Grove has become the first town in Australia to benefit from the installation of an integrated street-lighting  system.  The street lights, on The Terrace, have the capacity to be turned up or down, emit 70 per cent less carbon emissions and cost 70 per cent less to run.
The lightpoles will have free wi-fi installed and four of them will contain USB ports for charging mobile devices.  The lights can also be used as CCTV cameras, which can be monitored from police stations and this is expected to be rolled out in the near future.
Mr Tieppo, General Manager – City of Greater Geelong, said the lighting innovation would provide some amazing benefits for local traders, residents and people visiting  Ocean Grove.  “When people are in The Terrace they will be able to access free wi-fi that is connected to the lights,” he  said.  Click here to learn more

Over 100 Councils now converted to LEDs

There have been over 368,000 street lights changed over in Australia, representing around 16% of all lights and 23% of all residential (or local) roads. These aren’t “planned projects” but those already completed and this actually outshines most of Europe, South-East Asia and North America.  Click here to learn more.

13 December – After nine months of research and consultation with all levels of government and industry stakeholders, IPWEA Australasia has released the landmark Street Lighting and Smart Controls (SLSC) industry Roadmap, together with the SLSC website portal.

The Roadmap contains 15 recommendations to accelerate the roll-out of LED lighting and smart controls in street lights across Australia.

IPWEA modelling shows that if every street light in Australia were changed over to LEDs, councils would save $100 million each year and the greenhouse gas emissions produced by street lights would be halved.

The Roadmap has been endorsed and applauded by the Australian Government and the SLSC industry, and will form the foundation for all future SLSC activities.

1 December – The preparation for this project is underway with an anticipated start date of February 2017.  If you wish to learn a little more about the project then visit the Members Lounge.

9 November  – the fledgling PLG held its first meeting via teleconference / webinar with a packed out Agenda.  The guest speaker was Alexi Lynch from Ironbark Sustainability who spoke on the topic of ‘LED Retrofits for HPS Main Road Lights’.  The powerpoints can be perused by clicking on the relevant links in previous sentences.  If you wish be added to the invitation list for future meetings simply email contact@plg.org.au

Findings from Survey #1 – what do Councils think ?

4 November – The responses to the Public Lighting Group’s Survey  #1 are now summarised in a report.

A brief summary of some key findings can be found by clicking here.

Success – PLG project is one of five funded projects

9 September – The PLG has submitted a grant application to the DELWP – Round 2 of the Collaborative Council – Sustainability Fund Partnerships program.

Quoting directly from the application –

“The Smart Light Feasibility Study will identify the role a public lighting network can play, within the context of a smart city infrastructure, in enabling the delivery of  urban services by both the public and private sector that improve waste management and energy efficiency.”

6 & 7 September – Convention Centre – The Australian Smart Lighting Summit includes a number of presentations on smart lighting and smart cities.  Speakers from local government in Australia and overseas discuss the challenges and opportunities for local government in regard to new services and efficiencies made possible by these new technologies.  PLG will be participating on the panel discussion  Smart Controls for Street Lighting – The Reality Behind the Hype.

VEECs for Public Lighting – announcement by the Essential Services Commission

1 August  – The Essential Service Commission has introduced new Schedule 34 requirements for lighting upgrades undertaken on a road or in a public or outdoor space. These types of upgrades are regarded as “non-building based” (NBB) lighting activities. Further information about the administrative arrangements for non-building based lighting upgrade activities and its implication for VEET stakeholders is available here.

Time to re-Boot the Future Direction of the PLG

On July 1st, 2016 the group formally renamed itself from the Street Lighting Group to the Public Lighting Group. With this name change comes an intention to ensure the group has a new, outward looking direction that supports collaboration with other players in the public lighting sector to achieve positive outcomes for councils.

The new name also recognizes the expansion of the groups focus from street lighting to cover all aspects of public lighting.

In the second half of 2016, the Cabinet will seek the input of all Victorian Councils into the future directions for the Public Lighting Group. If you wish to learn more about the Future Directions Project and how to participate then click here.

Over the first half of 2016, the PLG Cabinet investigated how to strengthen the governance structure and refresh the vision, mission and goals of the group.

The Cabinet’s findings indicated that:

Consequently, at the Member Forum held on 18th March 2016, it was agreed to develop the future directions of the PLG and establish a sustainable governance structure that supports an effective, viable, long term organisation.